Skip to content
Your Career Place > Home > Our Team


He has over 30 years experience in marketing and sales in technology industries. He founded and served as CEO at Innovative Robotics for 9 years. He has also held various senior management positions where he has demonstrated the ability to establish or revitalize businesses. While with VLSI Technology he became the largest semiconductor supplier to Apple and then setup and managed that company’s Asian operations, which included three ASIC design centers. In three years revenues grew from less than $1 million to over $70 million annually. In addition to his corporate responsibilities, he served for many years  as a career-counselor at ProMatch (a non-profit career counseling center for California EDD), where he conducted workshops.

Howard A. Lewis, M.A., M.S., CBA, CVA, ABAR, has held a variety of leadership positions both in government and in the private sector. Following a career with the Internal Revenue Service, where he attained the position of National Director of the Engineering and Valuation Program, Howard became the Executive Director of the Institute of Business Appraisers (2008-2014) and the International Society of Business Appraisers (2015-2016), before joining Your Career Place. Howard’s focus on leadership development and strategic planning enables him to provide guidance and mentoring to Your Career Place members.

Trained as an engineer, Howard recognizes the value of systematic approaches to career planning. His focus with Your Career Place is to understand individual members needs and goals and to design activities that enable a personal touch for each member. 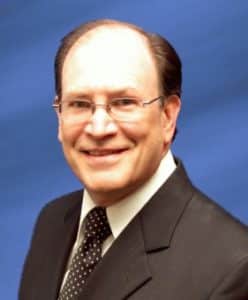 For the Institute of Business Appraisers, he was elected as Chair of the Board of Governors for a two-year term in June 2012 and appointed to the Board for a three-year term in June 2011, appointed as Chair of the Accredited in Business Appraisal Review (ABAR) Appeals Task Force that provides technical guidance and support on ABAR reviews as of January 2011, and was a report reviewer for the Quality Review Committee (QRC) for those seeking a credential certification from 2008 to 2016.

Mr. Rudich was named a “Business Valuation and Financial Forensic Master”, as part of the National Association of Certified Valuators and Analyst’s Industry Titans awards at their June 2016 Conference. He was selected into the Founders Circle of the of the Alliance of Merger & Acquisition Advisors in January 2013, elected to the Advisory Board in 2004, and received the 2008 Chair of the Year award in January 2009. He was admitted to the Westlaw Round Table Group, Washington, DC expert network as a Round Table Scholar in January 2009 and recognized by SmartCEO as one of the Top CPAs in the Baltimore/Washington, DC area in their September 2008 issue.

Our development team is led by Greg Sims. He has over eight years of teaching experience in Africa and the US. He has been in the software-development industry for over 20 years. He has held positions from a developer to the director of software development. He has been involved in youth soccer coaching and mentoring co-workers in math and computer areas. He enjoys helping others learn and grow in their careers.